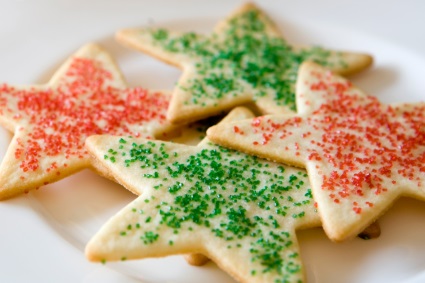 A Molotschnan yarn
For fam’ly ’round Tannenbaum,
Prince of Peace, et al

Whenever our family got together, it was inevitable that we would sit and tell stories. We would gather in my grandparents’ adjoining kitchen and living room, tjinja on the floor to make room on the couches and chairs for our elders. Here at the heart of their warm and crowded house, no one would be out of earshot. Yarns were unravelled, and our feelings rose and fell. It was as if we were on a ship and the prairie around us was a rolling ocean – in all that great grass sea, my grandparents’ house was the safest harbour. And yet the stories often reminded us of the many dangers that exist in what seemed such a placid and familiar world.

At Christmas, Grandma always told the final story. That was our tradition. It was about my great-aunt Rosa when she was a child in Russia.

Enunciating with care in her precise English, Grandma Zehen told the story. Her narration was theatrical and thrilling, but still heartfelt and purely told. She would fill in detail and sentiment, adding dialogue to suit. But most engaging of all, she always told the story as if it was ours. This may not have been strictly so; it may have been cultural lore, a patchwork as much as family history. I never felt that it mattered – I just remember waiting for the story every Christmastime.

Lights were dimmed, candles lit. Out came the platters of Christmas cookies from the warmth of Grandma’s oven. Baked fresh this evening, we had been smelling them since the stories began, all of us waiting for them to arrive. I will never forget the candy taste of the pink icing, the buttery aroma with just a hint of vanilla. I can still see the warm glint of the crystal sugar in the candlelight. Best of all, dee tjinja got first pick from the overflowing trays!

Grandma began her special story once everyone had their cookies and we chewed as quietly as we could to listen.

Not too far from Odessa and the shores of the Black Sea, there was a place called Molotschna Colony – ‘Milk River’, you know, as Englanders say it. My mother’s sister, my Taunte Rosa, attended grade school in one of the villages there. By Soviet dictate, the lessons were taught in Russian. The teacher, however, was brought in from Germany for the school year. Naturally, she was fluent in Hoch Deutsch – the language many Molotschna Mennonites spoke in church. She spoke Russian too, but best of all, this Lehrerin was also able to get by in her Mennonite students’ native Plautdietsch. Obah, for the tjinja, of course, Plautdietsch was like the difference between day-old rye bread and fresh raisin toast with butter!

After Russia’s Godless Revolution, another state dictate forbade all religions. It was illegal to come together in any kind of gathering, especially for groups with obvious proclivities towards worship. Why even our little get-together today would have been banned under these new laws! Ambitious and diligent, the government officials were particularly strict in overseeing the local Mennonites in everything they did: at work, at home, and in Taunte Rosa’s school.

But there were still some aspects of Christendom that refused to fade in Russia. In a practical sense, this referred to the calendar and the arrangement of holidays, most of which were based on old religious traditions too deeply ingrained in society to go away overnight. Christmas ceased to exist, but a single day of rest near the end of December was conditionally permitted in Taunte’s village. Despite this, officially, even the most innocent Yuletide symbols were banned.

Can you imagine? We Mennonites have not experienced oppression like this in Canada, but let me tell you, it was a profound stimulant to Christmas joy back then! There is a kind of enthusiasm for celebrations that only forbidding them can produce. Ha! Bibles came out of secret hiding places. Clandestine late-night services were held in barns and haylofts and carols were sung in whispered voices. Even the auf’jefollna cast aside their backsliding ways and rediscovered their fervour! (Grandma smiled and winked at the adults as she told this last part.)

Now, kids, I’m sorry for all the big words and grown-up talk! What I am saying to you is that Christmas was taken away. And not just Christmas, but Easter too and even going to Sunday School. It was a mixed-up time, joh? But you little ones shouldn’t worry – the next part of the story is really for you, most of all!

One year, a few days before Christmas Day, Rosa’s mother baked a batch of secret Christmas cookies, and young Rosa couldn’t stop herself. She took one of the best, one with pink icing and red and green sugar crystals on top – and snuck away. She wrapped it in oiled paper, then in a folded piece of cardboard and secured it snugly with a thin ribbon she had saved from her birthday. Her coat had an inside pocket and she placed it there, near her heart. This was her Christmas gift for her teacher, Fraulein Rosenfeld. Rosa was so fond of her pretty teacher, you see, and was always broken-hearted in the springtime when Fraulein packed her trunk and left on the train.

Imagine the winter sky, children, as big there and just as blue as it is here. Think of Taunte Rosa as she hummed ‘Stille Nacht’ ever so softly while she walked to the schoolhouse, her bootheels squeaking in rhythm on the hard-packed snow path. Rosa, you see, felt guilty for not telling her mother about the gift. But, you know just how she felt, joh? She wanted to give this gift so badly and feared if she had asked permission, the answer would’ve been no.

After lunch at school that day, while the other children dressed to go out and play, Rosa walked shyly to Fraulein’s desk and placed the ribboned gift in front of her. Fraulein tilted her head, not used to gifts from children in her class.

“What’s this?” the teacher asked.

Rosa stood at the edge of the desk, her heavy parka over her arm. At first, she was terrified, sensing that her teacher was angry and that she had done something wrong. “A present, Lehrerin,” was her meek answer.

Fraulein answered with a hum and a slight frown. She was a prim woman, thin and neat and somewhat severe. Her eyebrows raised and her eyes flicked up to see if anyone else was in the room. It was empty, all the children were already on the playground. She picked up the light bundle and unwrapped it with long piano fingers, laying the shiny ribbon on the varnished desktop. She undid the folded oil-paper and looked down at the small Christmas cookie.

“Well, well,” she said, before taking a deep breath and sitting upright in her chair. “How nice, Rosa. But, tell me please: did your mother give you this, for me?” She left her steady gaze on the child but took care not to stare too hard.

Rosa looked down, her cheeks flushing. “Nay, Lehrerin. It was me,” she confessed.

Fraulein Rosenfeld nodded curtly. She rose and walked swiftly to the doorway, her footsteps like hammer blows on the oiled wood floor. Looking down the hall and then closing the door, she paused there, her hands clenching as she gathered her thoughts. Rosa waited, feeling ever smaller next to the tall desk. The door locked with a sharp snap.

“Nah joh,” Fraulein Rosenfeld began. When she turned back to Rosa she was smiling. “This is so nice.”

Rosa squirmed, basking in the moment.

“It’s just so nice!” Fraulein repeated. “Can we have it now, Rosa?”

The little girl studied her teacher’s face. Then, eyes shining, she said, “Joh!”

Fraulein Rosenfeld looked through the window to the playground. Then she returned to the desk and broke the cookie into smaller bits. She ate some of it, passing a small piece to Rosa.

They ate together, chewing busily like church mice, with the teacher standing between little Rosa and the door. Fraulein fretted from door to window and kept glancing at the large mantle clock on the shelf behind her, above the lined blackboard, keeping watch all the while.

Soon the cookie was gone. The teacher took the wrapper and folded it over and over until it was a small square. She pushed it deep into her pocket, together with the curly ribbon. She moistened her fingertip and dabbed at the few remaining crumbs. Holding one finger upright in front of her pursed lips, she took Rosa’s little hands and squeezed them gently, leaning over to kiss her on the forehead in the silent classroom.

“Our secret, joh?” Fraulein said in a whisper.

Rosa nodded, elated to have a secret with Fraulein – an honour she did not fully grasp. But perhaps it was just what the Fraulein had been lacking in cold and distant Molotschna, far from her native home in Germany. Just ask any Oma or Opa whose children have since begun their own lives and families, and they will tell you, it’s easier to feel lonely at Christmas than at any other time of the year.

Fraulein gazed with fondness at the tiny girl, she saw the brightness in her eyes and touched her braided blonde hair.

Just then, the first of Rosa’s red-cheeked classmates huffed into the cloakroom stomping snow off their boots and unwinding scarfs, their yarn-strung mittens wet and dangling. They looked at the two at the front of the classroom. Rosa’s friend Tina called out that they missed her for the game of fox and geese they had played, running in the fresh snow. Before Rosa could reply, the bell rang and the children returned to their seats.

Now tjinja, you might ask, how dangerous was that one innocent küak? Surely no great peril could come from something so small? But all it would have taken was for the wrong official to find out about the cookie – what would have happened to them then? Those Russians, obliged by strict orders to investigate, might have detained Rosa’s family. Maybe they would have been sent to a distant work camp or suffered some secret cruelty in Moscow, too horrible to name. Who knows?

Grandma folded her hands in her lap. The house fell still and silent until Grandpa prayed, his voice solemn and thick with emotion. When he finished, after, “Amen,” we sang, giving thanks for our deliverance, rattling the windows, billowing our hearts; “Praise God from whom all blessings flow…”

At last, late on Tjristowend, I would lie in my bed and retell myself Great-Aunt Rosa’s story. Fraulein Rosenfeld was like a relative we saw just once a year – a loyal and trusted member of our family there in the tiny house behind the bakery on Barkman Avenue. Without this visitor from far away and long ago, our Christmas could not be complete.