By Pastor T, with @metgohnaJake

A serialized peek at Pastor T’s mailbag as he answers questions about the rapture.

I Thessalonians 4 17 Then we who are alive, who are left, will be suddenly caught up together with them in the clouds to meet the Lord in the air. And so we will always be with the Lord.

Editing and curation by @metgohnaJake in a hovel, near a place of strong drink and non-domestic tobacco, far from salvation, somewhere in Macedonia. @metgohnaJake is a former marketer and tends to see the world in a cynical way, where every act is specious performance and all players have ulterior motives and all motives are self-serving. He learned this while making rich people richer, so we can’t really blame him, despise him though we might for his complicity in Pastor T’s snakey-eyed activities.

In each episode, Pastor T will address reader questions about the rapture. Pastor T has, he informs us, had the good fortune to ascend into heaven on a day pass and discuss the matter with the powers that be and so is qualified, ordained you might say, to speak on the matter.

Pastor T is just as qualified to speak on the rapture as any other person on Earth. No one can say differently, and make it stick.—Pastor T

A: Ernie? Ernie, is that you? Well, if it is you, Ernie… Well, les’ jus’ say I’d be worried more about the golfer and less about the balls if ya know what I mean. Catch m’ drift, so to speak? Also, the way you golf, those balls will soon enough all be sliced off into the rough. Right Ernie? Har! With the Earth spinning at 1000 MPH, there’s gonna be a lotta fellers with the shanks during the Tribulation, am I right?

Q: Good one, Pastor T. Seriously, though: Where can I get a Pastor T hat?

A: @metgohnaJake here, with some good news. This week, we have a special on all size 8-1/8 and larger. So, all you giant-meloned rapturists, rise up (see what I did there?) and GET YOUR LID ON!

Pastor T Rapture Hats are carbon fibre-lined (for ceiling impact protection) and for just $9.95, we’ll monogram it with your personal Christian initials! See our Etsy site, The Rapturists’ Rummage Sale!

Q: Pastor T, will those Kosher hot dogs from Costco be available up in the clouds?

A: Well, I reckon if they ain’t, I may jus’ decide to play some golf down’ere with Ernie the Welcher… Just joshin’ of course. The answer is yes. We gotta eat, so pack some napkins, on accounta, them dogs is JUICY! 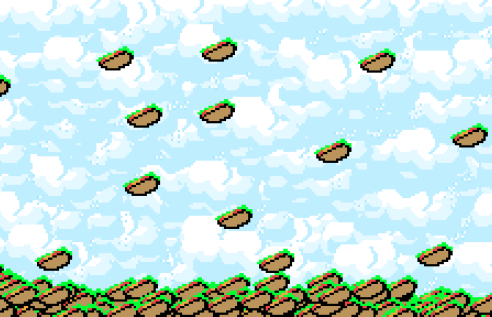 Q: Pastor T, will the rapture include all races? Asking for a racist neighbour, two nativists, and three Republican Senators. (Not those ones—the original ones from ancient Rome.) And a back-up question… Will the rapture be an open carry zone?

A: I’ll answer this double-barrelled question in our next installment. Be sure to tune in when we do a deep dive into WRATH! (Like Twix Bars, every rapturist’s secret delight.)

Ernie writes: Dear “Pastor” T. (If yer a Pastor, I’m on the PGA Tour.) Another thing, of a theologial nature: you can’t say, “I don’t take nothin’ worse than a five… six is an unholy number,” when we is bettin’ real money on the game. Not cool T, not cool.