SUBTITLE: NOT A WHOLE LOT OF PEOPLE COULD REALLY CARE LESS ABOUT THIS. But still, it’s my blog, so, “I don’t GAVE a F*CK,” as the gruff locals say on Penrose Pond.

I understand from watching the Olympics and such that marathoners often do a lengthy run shortly before the race for which they are training. This final simulation gives them relatable experience and confidence in their preparation. At the same time, it’s not as long as their actual race, so they have to project a mental extension into their fatigue and expect intangibles like competitive spirit, adrenalin, desire and other unknowables to emerge on race day.

There’s a danger in this. In fastball, I remember hitting several consecutive home runs in a batting drill, just before our season opener. The Jugs pitching machine was set at full speed and was whirring in dropballs. I was hammering those pitches all over the ball diamond. My confidence ran high and I couldn’t wait to see our opponent’s live pitching.

Those, of course, were the last dropballs I saw that season.

So, to drag the original metaphor over the finish line, the pre-marathon that is a novel’s first draft can be deceptive, I suppose. I don’t know, because I’ve only ever written one and I just finished it last night.

On November 11, 2017, I wrote the first 673 words. I wrote a flashback opening sequence. I thought my editor would balk, but, like Mikey of  Seventies breakfast cereal fame, “He liked it!”

From there I went on, stroking out line drives and sharp grounders. I pulled fat pitches around the foul pole — and yes, beloved daughters of mine, there are some foul ones in there. (Sorry!) I bulled my way through a cold November and withstood both the freeze-up of our plumbing and the mid-novel doldrums of December. With a flip of my calendar page, I turned January into last month, passing Janice’s birthday with hardly a flicker. (Paying dearly – a mistake I won’t repeat, no matter how compelling the MC!) February leapt by and soon it was March. The fifteenth became the nineteenth — more notable birthdays that I met in the sweat latitudes — as I wrote steadfastly about the distant boreal and her splendour.

“A back-country road trip into the secret, lethal places within the Canadian boreal forest through the four seasons: friendship, loss, guilt, and violence.”

Good question. I am hoping Editor James holds out his hand and asks, “the red pill or the blue pill?” Somehow, I don’t think it will be that easy. I think that I just recently got used to the loping cadence and easy restrictions of my original precis. Will this familiar pace continue? I trashed that first outline into an all but unrecognizable hulk. Will I run rampant in draft two? If I do, what will be left?

So many questions. For now, I will save a place for my familiar characters, and maybe leave a spot open in case someone new drops in. I know that if I keep the ending I wrote at 2:07 A.M., I’ll then have to change the flashback opening – maybe just one word though.

Or maybe all of them? 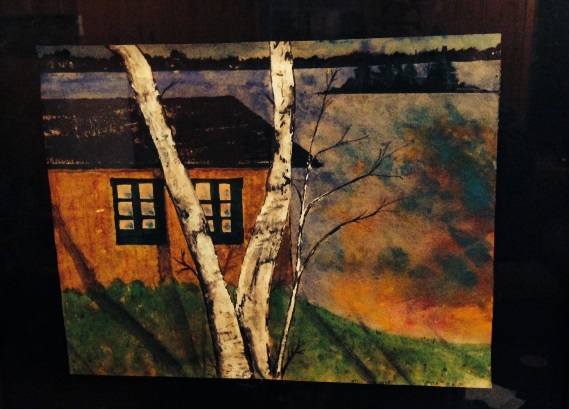