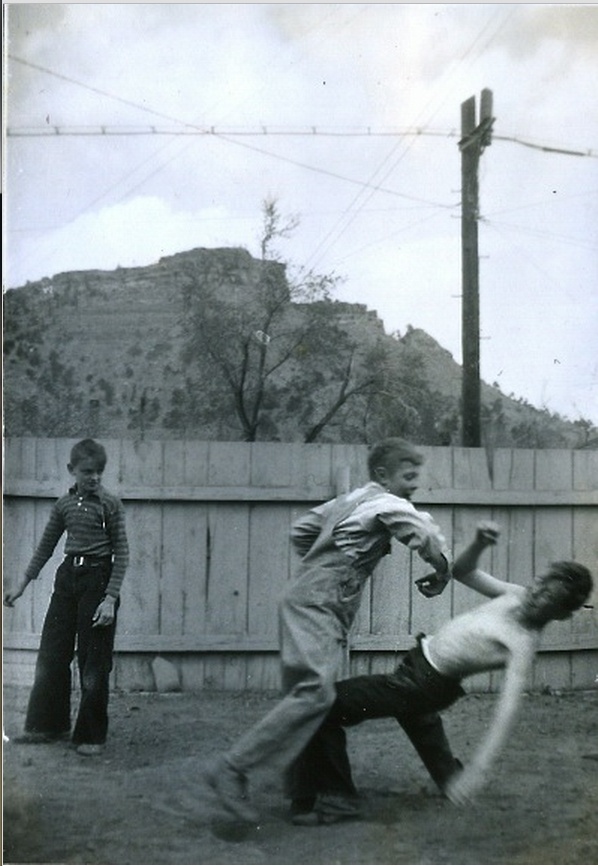 I WROTE A SHORT STORY CALLED “So Are They All”. It is one of a collection of over fifty that I have created, many of them about the fictitious Mennonite village of Hartplatz. This story concerns acts of honour, violence, justice and redemption. I took cues from Julius Caesar where some of the same timeless themes may be found.

The story was entered in the Write on the Lake fiction contest held by the Lake Winnipeg Writers’ Group where it won second place and was published in their semi-annual journal, Voices. On Sunday, Nov 20, I attended the launch of Vol 16 Number 2 and read an excerpt from the story.

This is the twentieth consecutive publication of the Voices literary journal, so, as Leamington Dave would say, “this ain’t no disco”.

The President, Jeanne Gougeon; the editor, Maurice Guimond and the large turnout were all welcoming and I could feel them willing me to do well as I began my oration. I am no stranger to public speaking like this but, damn, I still hate it. I have died many a coward’s death the night before these kinds of events. One of my unfortunate involuntary affectations – brought on by nerves I suspect – is sniffing. (Yes, like Donald Trump in the US debates.)  It’s as if my family-size nose, and its enthusiastic contribution to the nasal quality of my voice, becomes moistened by all the reverberation. An annoying drip results and the mic picks up each snuffling snort.

Snot issues aside, it went well, except that Jan – my wife and stalwart (but not a braggart) corner woman – was nowhere to be found! Her bright red jacket was not in the audience as I looked up during my reading. I searched for her reassuring nod and smile – but she was AWOL.

Turns out she was in the audience, just not this particular audience. McNally Robinson was holding two events that cold November Sunday on the frozen tundra of Grant Park Shopping Centre: the LWWG launch of Voices (2 PM, south reading room) and the launch of best selling author Romeo Dallaire, retired general and former senator, who was there to present “Waiting for 1st Light” a much anticipated memoir. (3 PM, north reading room.)

Although his and mine are both stories about noble intent, conflict, honour and the consequences therein, author/general (ret)/senator R. Dallaire’s talk was the more strongly attended. The place was BLOCKED! Jan and I had been separated when we entered the bookstore (potty break). When Jan saw the (north) lectern and noticed the available seating was filling up fast she grabbed a seat and saved one for me.

Alas, at about this same time I was just south of her accepting my humble accolades and sniffling my way through an excerpt of my story. With my phone turned off, I was oblivious to Jan; pinned down on the nearby Dallaire beachhead and requesting reinforcements.

Here friends, countrymen and countrywomen is the excerpt I read:

Second only to the Hedy Lamarr beauty of Em Gerbrandt was the beguiling feminine charm of the Gidget-like Ms. Froese, our teacher. Of course, Ms. did not exist then, only Misses and she was one. Around five feet tall, bobbed blonde hair, saddle shoes, cashmere sweaters and rocket bras. I am sure I had no distinct thought then of the part of her anatomy contained therein, only that it was soft and pleasing when she leaned over to help you with a problem and she happened to make fuzzy impact with your head or shoulder.
.
Miss Froese was sweet-natured and young and I remember the utter sadness I felt when, later that same school year, on November 22, she ran crying from the room after telling us that school would be cancelled for the day because of what had happened in a place called Dallas, Texas.
.
The next day we returned to school and added, “America the Beautiful” right after our normal singing of “God Save the Queen”. A big box of Kleenex sat on her desk and was empty before science that afternoon. Baseball and the Kennedys were things about the United States that our well-traveled neighbour, Mr. Vogel, had made certain that I appreciated so I felt a special kinship with Miss Froese that desperate day in November.
.
Lenny’s dental reckoning was months before the events of Dealey Plaza, but I already had a crush on Miss Froese by then. I was happy to clean chalk brushes after school, run to ask the janitor to open sticky classroom windows on hot afternoons, or agree to appear in the class play. If she had a need, I agreed. So, it was not surprising that when she asked where Lenny was on the second day of his absence, I raised my hand, eager to share with Miss Froese the solemn news. Though under oath to keep this quiet, how could it harm to tell HER? She was, like me, only concerned with Lenny’s well-being.
.
“Yes, Mattheus?” she asked, seeing my upraised hand. “Do you know why Leonard is not here again today?”
.
“Yes, ma’am. He is at the dentist. His teeth are all black from too much candy and he is getting them fixed. He is brave and he probably won’t even cry,” I reported in detail.
.
That day was Friday. On Saturday afternoon, as I collected interesting rocks from the driveway between Grandma’s house and the back of the bakery, Lenny pedalled up to me. He let his bicycle fall clattering as he jumped off.
.
“Zehen!” he shouted, through a clenched jaw still tender from the dentist.
.
“Hi, Lenny,” I said, standing, “How are your teeth?”
.
“Why don’t you ask Eleanor?” he said, scoffing, “or Ruby, or the Kehler twins or…”
.
“Wait,” I yelled, putting my hand up to stop his rushing words

The Voices book is only $12 CAD and can be had here *or at McNally Robinson in Winnipeg. Besides finding out how Lenny and Matt sign the Barkman Avenue Peace Accord, you may also read a lot of other terrific prose and poetry. The Adult Fiction~First Place story, “The Rocking Horse Keeper” is a moving tale, with mythic aboriginal overtones and a lightness that makes it, well…rock!