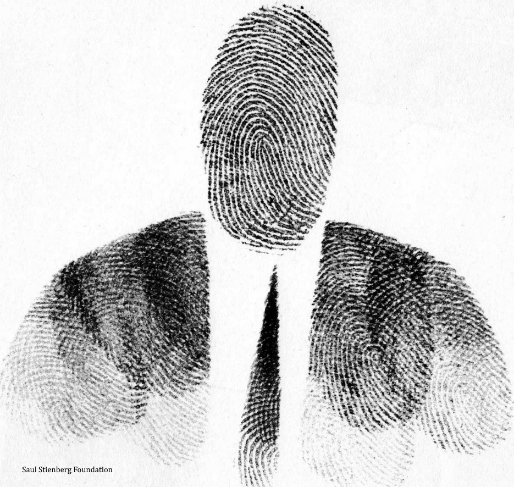 As my debut novel nears completion I am working on understanding the basics of the business side of writing. The book will become one of millions of items competing for audience share. Who will my book appeal to? Why? How can I reach them to let them know what I have written? How will I stand out from the massive crowd of competing works that vie for those same consumers of literature?

Thinking in this arena is not new to me. Marketing and advertising are how I made a living as I raised kids and paid bills and lived life (a wonderful one) while waiting for my opportunity to focus on creative writing. I even have some applicable education: I studied Sociology at the undergrad level and have a Masters Certificate in Marketing. Also, I made a paycheque for more than twenty years as “the creative guy” for manufacturing firms in Canada and the U.S.

Still, even with my background, literature and the world of literary book marketing and sales is all new to me. I may have sold lots of windows and doors, but apart from expertise in the basics of marketing, I have no insider knowledge when it comes to publishing and book sales.

So, I’m learning as I go. Experts abound and it’s not finding advice that is a challenge, but more a matter of figuring out which advice to follow. Several experienced authors, including my regular freelance editor, have made suggestions. Their ideas range from self-publish to approaching small presses who consider “agent-less” authors to seeking out a literary agent. These mentors have given me a lot to think about.

My own best advice circles around finding like-minded, fun, smart professionals with whom I get along. (I didn’t flog fenestration for all those years just to align myself with a bunch of miserable people, after all!)

Over the past six years of dedication to writing fiction and CNF, I’ve wrestled with the self-publish vs. traditional publishing quandary. There are plenty of factors to consider and it’s not an easy decision. It is the main decision though: everything follows, depending on what you choose. I feel strongly inclined towards a traditional approach. I think this is because my greatest involvement in literature as a reader was during the time when “vanity presses” were a weak alternative to regular channels. Times have changed, but I have to admit that my perspective is still somewhat biased. But biased or not, I would certainly go down the current self-publish path if not for the heavy commitment to marketing.

It’s kind of ironic — I’m an experienced and successful marketer and yet marketing is the activity that dissuades me from choosing self-publishing. Here’s the thing: I have spent more than twenty years obsessing over marketing and persuasion and advertising. I did it for a living and it was, in many ways, a grind. So to jump right back into that grind is not appealing to me. Furthermore, I know the methods and channels and players in my old industry, but I am not equipped in the same way for literature. In traditional publishing, I know I will still be saddled with a heavy obligation to market myself and my work, but at least I’ll have a knowledgeable and invested partner to direct me. As a self-publisher, I have to figure everything out by myself.

I’m told the first thing an agent or a publishing house wants to know about a novel is “Who will read it?” And why, I’m sure. In my case, even though I come from the Segment-Target-Position world, I did not think about the larger audience when I wrote the book. As I’ve run through edits and revisions (over the last two years+) I’ve come to have a sense for WHO that WHO is, categorically and in the person of a proto-reader.

I’m inclined to believe that my proto-reader might resemble me in some ways. I wrote it for myself after all — consciously or subconsciously — and others who have experienced similar life circumstances might most naturally be attracted to the story. Plus, I believe that the things about relationships, loyalty, and violence that brought me to write the story in the first place will find an appreciative audience in others. I suspect so. I hope so.

So… for starters, who am I? 65 Y.O. white, cisgender, hetero, male, backsliding (or never really slid forward in the first place) Canadian Mennonite. Hmm… oughta be about 70 or 80 of those. I’ll need more, so what next?

Cast a broader net; find and engage others. Objective: read my book, like it, experience catharsis, empathy, and emotional rise and fall, a few chuckles, some “exactly!” moments and some “no way!” experiences too. A book you tell friends about at Tim Hortons, in church, at book club, at old-timer baseball, sewing circle, on a wine-tasting tour, on your walk, at the grands’ hockey game, etc.

They will likely be readers who enjoy and gravitate towards: big characters, intense stories, dramedy. How do they feel about Miriam Toews work? Patrick Friesen? (Whoa! — I ain’t sayin THAT… I’m JUST sayin… you know, kinda-sorta-maybe a bit… some generalized similarities owing to some broad commonalities in that general direction and certainly from the same original whole cloth, but a different batch. Make sense? Have I been “humble of heart” enough?)

They will be individuals who like nature, the boreal forest. They might like fishing, snowmobiling, bird-watching, hiking, hunting. They might have memories of small towns, farm life, the whole Menno schtick, urban or rural, Canadian or U.S. Frintschoft? They might have them in Steinbach, Fraser Valley, Winkler, Kitchener-Waterloo, Leamington, Midwest US. Or they might find Mennonites kind of interesting even if they are not of that faith or cultural origin themselves, but buy the sausage and love the quilts.

They might have read and enjoyed: Of Mice and Men, Never Cry Wolf, The Sisters Brothers, Don Quixote, Tortilla Flat, Papillion, On the Road, Calvin and Hobbes 😉 and A Complicated Kindness and The Shunning. (Just to ring that bell again.)

They could be lovers of: Fargo, Breaking Bad, The Walking Dead, Thelma and Louise, The Nick Adams Stories… Their favourite kind of sci-fi movie might be from the “last person left on earth” genre.

Okay, all right…coming into focus, through the glass darkly.

Burdened by a tragic event in his recent past, college freshman Aubry Penrose, who goes by the self-chosen name “Mulholland” decides to ditch school after the first semester. He consolidates his limited savings and rolls out of Winnipeg in his pick-up truck heading north, not to his home town of Friedensdorf but further into the wilds of the Manitoba boreal. He plans to live alone in the isolated cabin his Welsh Grandfa Billy built in the Fifties on the shore of Penrose Pond.

Alone he is until—resolve weakening—he finds himself roaming the region’s cabin country looking for easy-pickings. Out of character, he begins stocking his larder and taking things he needs with a less-than-certain promise to return them. He keeps a well-intentioned list of his plunder until he’s joined unexpectedly by “Hardbar”, a unique, larger-than-life stranger with whom Mulholland strikes up an uneasy alliance. They combine forces, share the darkness in their pasts and wander down an ever steepening path of mayhem, led mostly by the fierce, single-minded little man who arrived mid-winter on a stolen snowmobile.

Oh, and “Mulholland and Hardbar” takes place in the 1970s on Treaty 1 and 3 lands, unceded Indigenous lands that are the traditional home of the Anishinabe and Swampy Cree nations and the home of the Métis Nation.

SO, BOIL IT DOWN, ALREADY… what is the condensed version? I’m working on that. The grid below is part of the distillation process. A succinct way to get to the key traits, tendencies, influences and cultural biorhythms that make the human world go round and round.

That’s all for now. But I’ll be thinking about it, so that when the question is asked, “Who will want to read it?” I won’t say, “It’s a book for everyone!” because I actually don’t believe that it is.