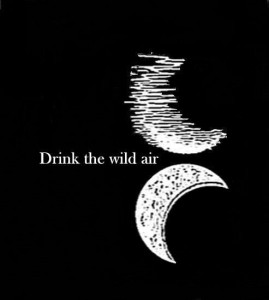 I AM FORTUNATE. I can follow Emerson’s wise advice. Being semi-employed and only mildly (knock wood) occupied fixing broken things, I can do so. Well, honestly, that could be a typo – sometimes I am wildly occupied with fixing stuff. Yesterday, at -25 Celcius, I positioned the extension ladder and had Janice spot me as I climbed up to brush the ice off of our internet dish. Lifeline re-established.

In all of this, I have established a pleasing discipline to write, edit, re-write, edit some more, blog, tweet, facebook, submit. Repeat.

My usual routine is:

I spent the last 45 years NOT following a utopian day timer like this, so I never feel too guilty about it. In fact, if I followed the playbook of many of my Mennonite brethren, I’d say I earned this routine; or was selected to receive it as a divine reward. (You know – score a touchdown and point to the sky?)

If anything, I fell ass-backwards into all this, oblivious to the great fortune it took – over generations – to allow me to drink the wild air.

To put things in perspective: A few days ago I helped a neighbour with his annual wintertime boat dock tasks. He brought along a church-sponsored immigrant to help out and also to receive a Manitoba winter driving lesson.

The fellow, Yussef, was not exactly built for winter in Manitoba. An Ethiopian by birth, this resilient young man spent nine years in the world’s largest refugee camp in Somalia. There he and half-a-million co-inhabitants lived in tents or cardboard shanties in a dystopian desert hell. Here, the three of us stood out on the frozen lake, the nearest human miles away across the barren ice. The sky was blue. The Raven skimmed by and croaked, “Tourists!” at us, a grin on his pointy beak.

“Where does the water begin,” Yussef said in his British influenced, African accented English.

“There,” I answered, pointing back to the shore where we had come from. Yussef stopped shivering and literally jumped up in the air when he realized he was standing on the ice.

Anyway – I live at the lake and write fiction every day.

I figured it was important that you know. Blog on, my writerly brothers and sisters.

P.S. – That is P for promotion and S for shameless & self  OR it could be PS for Please See my publications page for links to the 14 short stories that I have had accepted so far. Red Fez, a stylish and well-organized literary site online, has just picked up number 15 – the Bart Starr of my short story published list. It is a Christmassy story of life in Russia circa 1920, “Our German Relative”. They will publish it soon. I’ll letcha know when that happens and also make sure I announce Joe Montana, as soon as that one comes along.

As a high-functioning anonymist, I sent this note to two of my low-brow friends. OK, I am low-brow; they are actually quite cultured. I liked it and wanted to share it with other friends — any brow will do — and so, here it is.

Greetings from the most beautiful place on earth. Jan and I love life, BUT, we are old and we are working too hard. We are almost done — then we can revert to being lazy sloths!

So…you two and various cousins and friends from the Stein (for whom I have no email addresses) are my imaginary audience when I write my shitty little stories. (Oh no — am I over-selling?) Anyway, I have a blog.

Highly writerly. Although there is little ennui. A definite lack of ennui. Some angst. A bit of introspection. But mostly Mennonite guys blowing stuff up and putting it on YouTube.

You, as my imaginary audience, should be my literal audience, I reckon. If you don’t like it, you can revert to the imaginary.

My Blog is called Flies in the Outhouse. NO, WAIT — that’s my soon-to-be-a-major-motion-picture life story.

I have nine stories accepted to lit journals; eight published and one undergoing some edits. <he spits, derisively>

In other news, we had wieners & beans last night. I had three wieners and no regrets. THAT is the kinda guy I have become, Goddammit! Writerly like crazy.

We should have a fall event. Daaaaave?

P.S. – I admit I had to look up how to spell ennui. BTW, I hope Satan is not bothering you too much, now that you have the gays in Steinbach.

which is rather risky,