Last summer a good friend visited. We drank cold Belgian lager beside a warm Manitoba lake. It was idyllic and pleasant. To add to the enjoyment, Irene told us a story from her past—her mom is my aunt’s sister and that family is famously as full of life and spontaneity as a sizzling firecracker.

I confessed to our friend Irene that the story was terrific and that, guiltily, I was tempted to steal it. She said I could steal with her permission—so, a theft, but legally pre-excused.

Over the next few months, I wrote it first as a short essay, then changed it to be used as the first segment of a more complicated three-part story.

It was, I believed, a truly Canadian story and more so a Canadian Mennonite tale, even though my friend’s mom is not, by origin, a Mennonite. (But she sure as heck lived with Mennonites, as did her sister—my aunt.) I sent it out for consideration by several literary journals, hoping for the best.

Ultimately, I decided to withdraw the story. I had grown dissatisfied with it and a few readers—other writers whose opinion I trusted—felt it was convoluted and disjointed, even if they didn’t say it exactly that way…

But, one of the markets spoke up. Like several of my writer friends, they said the first segment of the story was worth keeping and would I care to rewrite it as a solo piece? “Sure,” says I, happy for the lifeline.

So I rewrote and resubmitted. I felt positive, partly because of the resurrection and also sensing that the reduction from that longer piece was now more purely refined; “Un sirop nappant,” as, René, a spontaneous Jessica Lake neighbour and skilled cook, might have said.

Happily, the editors agreed and come July, “The Grittiness of Mango Chiffon” will appear in Agnes and True, an exceptional Canadian publication.

Agnes and True is a Canadian online literary journal.

Our journal was founded on the belief that there are many writers whose work has not yet had the chance to be appreciated and many stories that have not yet found their literary home.

As our name suggests, Agnes and True celebrates the achievement of women, though not exclusively. We are particularly interested in discovering and publishing the work of emerging older writers (both female and male).

My thanks to the editorial team at Agnes and True, home to more than a few sizzling firecrackers, I am sure.

Agnes and True is brought to you by The Trojan Horse Press, Inc. 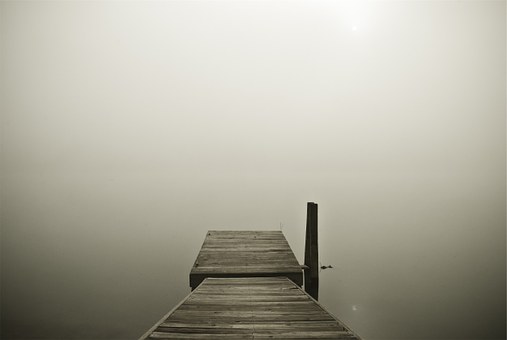 I’m happy and grateful to have a reprint of my maple syrup imbued, tres Canadien, playoff beard of a short story, “South of Oromocto Depths”, appear in Toronto’s CommuterLit. Editor Nancy Kay Clark has been generous with her coveted space once again and this will be my eighth appearance in this respected (and entertaining) literary ezine.

The short fiction, which first appeared in Literally Stories, will appear this Thursday, July 6, in CommuterLit. It follows previous publications of:

(The three stories above comprise “The Red River Valley Trilogy”)

“Gather by the River” Part One (“Zero to Sixty”)

“The Rothmans Job”– reprinted in SickLit

We let the motor warm up. It idled in baritone, gurgling as gray smoke rose up out of bubbles that popped on the surface behind the big white motor. Every half-minute or so it ran slightly faster, then vibrated, shuddering back down to the lower idle speed, sometimes coughing unexpectedly.